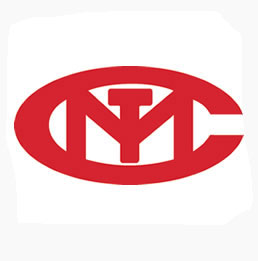 The Melling story began in 1946 in the town of Jackson, Michigan, U.S.A. when George Melling and his son Ben started production of aftermarket oil pumps. At the time the Melling family had a tool shop (Melling Tool Company) and saw an opportunity to manufacture high-quality automotive replacement parts. The automotive companies were focused on selling new cars and not servicing the older cars. High quality was the key, as at the time aftermarket parts had a bad name, they were known as “rebuilt” parts and the business was known as the “gyp parts” business. George and Ben decided to only produce parts of the highest quality. The first oil pump was the M-10 oil pump for the 1937 six cylinder Chevrolet. On the surface this was fairly unremarkable, but the M-10 was made with attention to detail that the industry had not seen before. George and Ben knew they had a good product and had recognized a need in the market. But the problem was how to find potential customers. So the family gathered around the kitchen table and together developed the first Melling mailing list, consisting of names culled from various yellow pages collected during business trips and family vacations around the country. Little did they know that 65 years later the company would be manufacturing millions of pumps each year. The M-10 sadly is no longer in production, but the M-11 is still an active part number that fits Chevrolet and GMC truck engines built between 1938-53. 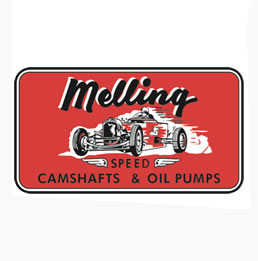 Innovation & Expansion 1952 was a banner year for Melling, with the introduction of the first high volume oil pump, the M-15 which was an innovation. The “super special” as it was first known, was the Melling brainchild and produced approximately 50% more oil volume and was available for Ford and Mercury vehicles built between 1932-53. It was interchangeable with the standard oil pump and revolutionized the aftermarket oil pump business. The same year Melling expanded its horizons beyond oil pumps, when it became the first nationally recognized aftermarket supplier to distribute new replacement camshafts. 65 years later, Melling is still recognized as a leader in camshafts and has over 300 in the present range. Click here to access the latest Melling product catalogue. Since then the product range has expanded further to other engine components, from cylinder sleeves, intermediate drive shafts, oil pump screens, valve components and push rods.

The next evolutionary step by the company was the founding of Kabenung; a company started by Ben Melling, to produce turned components. Ben Melling recognized the importance of vertically integrating the business and being able to produce more of the components in-house, with more control over the cost and quality. Kabenung also brought new technology and skills to the business. The name Kabenung comes from a family vacation spot in Ontario, Canada. 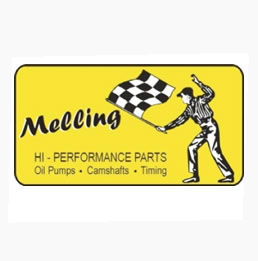 Vertical Integration & RacingBy 1975 Harry Melling the third generation of the family took over as President of the company and under Harry’s leadership further growth of the company took place. In 1980 the company bought Prescott Products, which specializes in high precision small diameter turned components. In 1981 Melling Products Corporation was acquired which specialises in the engineering and fabrication of round and rectangular tubular products for automotive and marine industries. Melling Products produces oil pickup tubes, fluid transfer tubes and windshield connecting rods and is based in Farewell Michigan. Also in the early eighties, Melling Machining Company was formed for large diameter turning of industrial fittings and marine components. Later this was consolidated with Kabenung Industries and renamed Melling Industries.

Meanwhile away from the main business, Harry Melling had decided to unleash his passion for NASCAR Racing and Melling’s involvement began in 1979 as a primary sponsor of driver Benny Parsons. It took some time, but in 1988 the Melling Racing team owned and managed by Harry Melling won the NASCAR Winston points championship with driver Bill Elliott. At the time Bill’s brother Ernie Elliott was the master engine builder. Bill Elliott was also known as Awesome Bill from Dawsonville or Million Dollar Bill. Bill Elliott was inducted to the Motorsports Hall of Fame of America in 2007. Bill Elliott and the Melling team still holds the track record for the fastest qualifying speed at the Talladega Superspeedway, Alabama at 212.809 mph and the Daytona International Speedway, Florida at 210.364 mph, both set in 1987. The record at Talladega is the fastest speed of any NASCAR event ever, at the time some cars were literally flying off the track and so restrictor plates were introduced to bring the speeds down. This means that the record set by the Melling Racing team may never be beaten. In total Melling Racing had 34 wins during their career. Harry Melling was named as one of the forty most important people in NASCAR history by Winston Cup Scene, an industry NASCAR magazine. 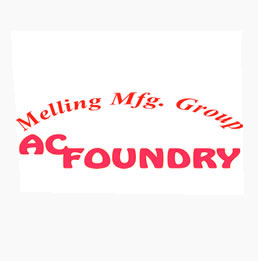 Melling Mfg. GroupIn 1999, Mark Melling took over as the Chief Executive Officer and President, the fourth generation of the family to run the business. Continuing the expansion, Melling purchased AC Foundry in 1998 which produces aluminum sand and permanent mold castings for various industrial sectors. In 2000 Melling purchased the DynaGear Oil pump business and the Dura-Bond brand and product range came with the purchase. Dura-Bond, based in Nevada is a world leader in camshaft bearings, power metal valve seats and valve spring shims. Click here to access the full Dura-Bond catalogue. In 2002 the acquisitions continued with the purchase of the Melling Cylinder Sleeve business. Melling Cylinder Sleeves produces high precision centrifugal cast iron cylinder liners for a range of industries. Around the same time Rexite, another oil pump manufacturing and distribution operation opened in Mexico City, Mexico.

In 2006 Melling continued to grow and formed a joint venture with the Anderson Group around the Hastings piston ring business. Hastings designs and manufactures compression rings and in 1956 invented the famous Flex-Vent® oil control ring, which quickly became the international standard for most engine applications. Hastings today manufactures over 100 million piston rings a year for the global automotive industry. 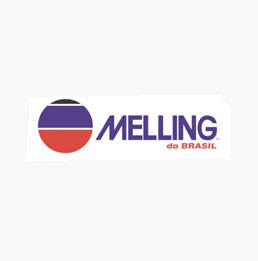 Melling de BrasilIn 2008 Melling purchased the former pump operations of Dana Corporation based in Sao Paulo, Brazil. This major acquisition introduced water pumps, fuel pumps, cold start valves and power steering pumps to the Melling product range. Prior to the purchase by Melling, Dana had moved the pump manufacturing of Hobourn Automotive to Brazil in 2003. Melling today continues to manufacture the Hobourn range of Land Rover power steering pumps to the same high OEM standards as when first produced in the U.K. For more information on the history of Hobourn Automotive, please click here. Also In 2008 Melling opened their first commercial office in the U.K. to support the growing OEM business for its European customers. In 2011, Melling U.K. Limited was incorporated to further expand the Melling presence in Europe, opening a distribution warehouse, commercial office and internet business. The internet business offers our customers in Europe the opportunity to buy the Melling and Hobourn brands directly at a competitive price. Melling has a global presence and are renowned for their high class engineering, product development and distribution capabilities. Melling continued the process of vertical integration started by Ben Melling and Kabenung, when they purchased a sinter metal facility in Billings, Oklahoma.

Today, Melling’s worldwide headquarters remain in Jackson, Michigan and the company has grown to more than 1100 employees at 20 locations around the world. What has remained unchanged throughout the years is the loyalty of Melling customers. Customers who appreciate the extra attention to detail and the care we take with our parts. In fact it is the loyalty of the Melling customers that has allowed the family business to withstand the storm of mergers and buyouts which are so common in our industry today. Melling remains one of the very few automotive suppliers that are still independent and family owned.

Get Your Melling Performance Mini Catalogs