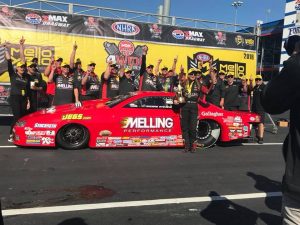 Two Time Pro Stock World Champion, Erica Enders was the last (wo)man standing at the end of the NGK Spark Plug Four-Wide Nationals in Concord, NC this weekend. Her last visit to the Winner’s Circle came in Epping, New Hampshire in June of 2017 after a dry spell of over one year without a victory. 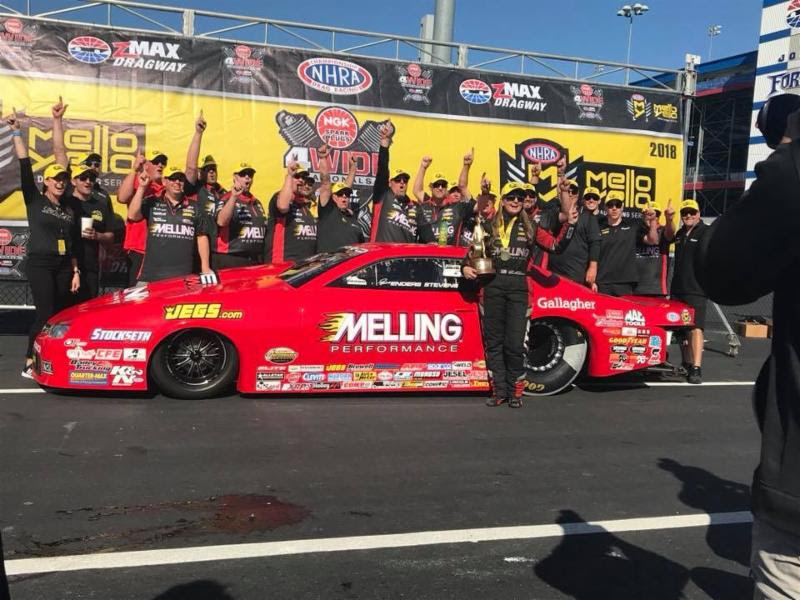 “Our team has had many peaks and valleys together in our 4 seasons together. The ride started with more peaks than valleys, and in the last two seasons the tides turned and we seemed to be stuck in the valleys. Our camp knew we were on the verge of success again, so I’d say this was just in time.” 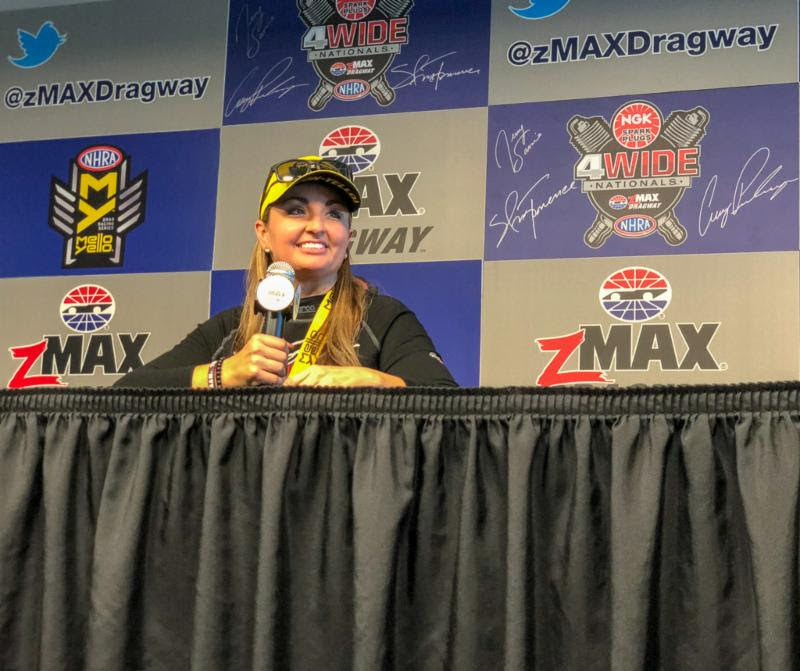 The now 23 time Pro Stock National Event Champion has had much success in her already lengthy career in NHRA Drag Racing, but this was her first Four-Wide Win.
“Well, Four-Wide is a very unique format and it adds a lot of extra distractions compared to the two-wide we are all used to. I love the pressure and seem to perform better when the weight is on my shoulders, so to finally win one of these is a huge personal accomplishment and for the team as well.” 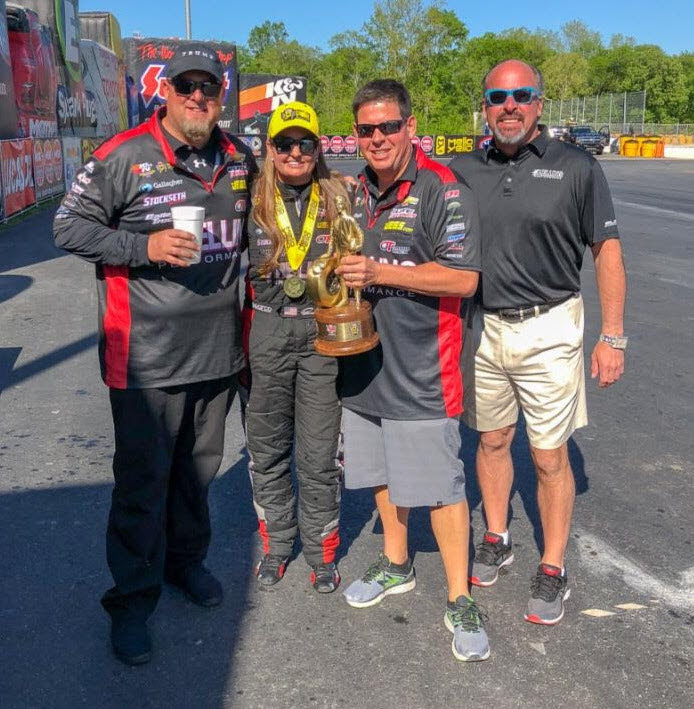 “I am never shy to compliment my guys and in my opinion, I have the baddest group of men in all of motorsports. I am really just lucky to be their driver. Rick and Rickie Jones along with Lump (Brian Self), Jake Hairston and Mark Ingersoll, now that’s a combination for success.” 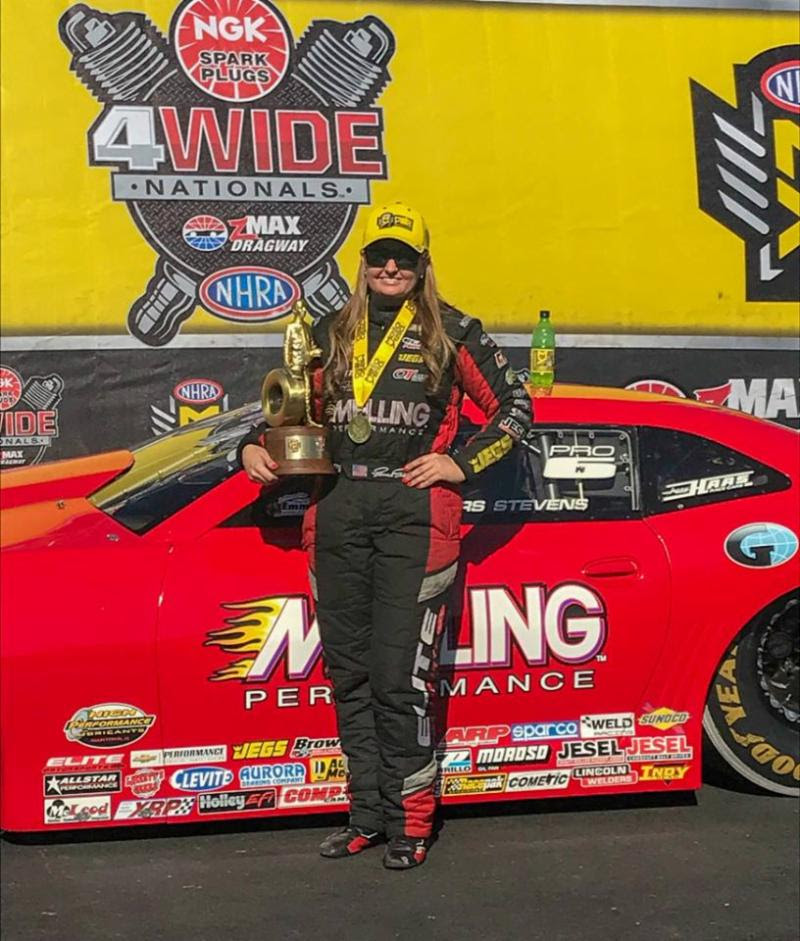 Enders and Elite Motorsports joined forces full time for the 2014 season and have been together ever since. With Two World Championships together, it seems as though they are on track to be in the fight for the 2018 title.
“There are so many people who make this possible. Elite Performance is full of incredibly brilliant men who are providing us with the performance required to bring home the hardware. Richard Freeman and everybody at Elite Motorsports believed in me from day one and have stuck it out through thick and thin. Melling Performance and Gallagher Insurance have really stepped up and become part of our Elite Motorsports family. They were all here this weekend for the win, so it’s even more meaningful. Celebrating with the folks that make it happen is priceless. I’m looking forward to many, many more.”
The NHRA Mello Yello Drag Racing Circuit continues it’s first three race swing in Commerce, Georgia next weekend for the NHRA Southern Nationals.
« Previous
Next »
Get Your Melling Performance Mini Catalogs